Did you know that your home loses 25 to 35% of its heating and cooling energy through the windows? That means almost a third of the money you spend on heat and air conditioning literally flies out the window.

Luckily, upgrading to energy-efficient windows and choosing windows that open a different way can help. The trouble is, there are so many options. Double-hung, casement, and hopper are just a few of the possible window styles.

What is a hopper window, you ask?

Even if you don’t recognize it by name, you’ve likely seen a hopper window before. Read on to find out what they are and what rooms they work best in.

What Is a Hopper Window? 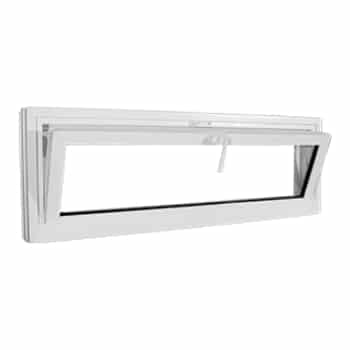 A hopper window is usually rectangular in shape and opens inwards. Depending on the brand and the installation, they can either have hinges on the top or bottom. That means the latch can either be at the top or the bottom of the window.

Hopper windows can either open all the way to a 90° angle or open partially to a 45° angle. The window type that opens all the way usually has hinges at the top for safety reasons. If the window had hinges at the bottom, it could pose a safety risk since someone could walk into it.

Most of the time, you’ll find single hopper windows installed high up on the wall near the ceiling. Given the way these windows open, they offer better ventilation when they’re installed close to the ceiling. Some builders also install them above or below picture windows for a sleek design that still provides airflow.

The Difference Between Awning and Hopper Windows

Awning windows will always have a hinge at the top. When you unlatch it from the bottom and push it open, the window creates its own awning. That’s where the name comes from.

With hopper windows, the hinges can be at the top or bottom. They get their name because the window looks like a hopper or a chute when it’s pulled open.

The Benefits of Hopper Windows

Since hot air rises, hopper windows are great for ventilation especially when they open from the top. Hot air will flow out and fresh air from outside will flow in.

They’re also very energy efficient since they only have one moving part. One you close the latch, they’re virtually air tight.

Hopper-style windows are also very easy to clean. Since the window swings inwards, you can clean both sides without going outside. That means you won’t need to fool with an outdoor ladder when you want to clean the windows.

These windows are often small, which means they don’t take up much space. You can get natural light and ventilation without sacrificing wall space. It makes them a great choice for small rooms.

They’re also good for security. Most types of hopper windows don’t open to a 90° angle, which can make them harder to break into.

The Downsides of Hopper-Style Windows

Since hopper windows swing inwards, they take up more space than awning or casement windows. They sometimes have deep window ledges to accommodate the extra space, which can take up some square footage in a room.

Because they open inwards, you also can’t keep them open when it’s raining.

When they’re installed near the ceiling, hopper windows can be difficult to open for shorter adults or kids. If you aren’t tall enough to reach the latch, you’ll need to use a step ladder or a stool to open the window.

These windows are great for security, but they’re not good for escaping during an emergency. That said, if you want a room to have a safe exit, you can choose the style of hopper that opens to a 90° angle.

They’re Ideal for Basements and Bathrooms

While you can put hopper windows in any room of your house, they’re most common in basements and bathrooms.

Given the fact that basements are underground, it’s not unusual to have a windowless basement. That said, any home would benefit from natural light in the basement.

Since hopper-style windows can sit high up on the wall, they’re the best choice for basement windows.  Standard basement hopper window sizes are usually 1 to 2 feet tall and 2.5 to 3 feet wide.

Hopper-style windows are also great for bathrooms. They provide natural light and ventilation without taking up a ton of wall space. It’s what makes them a great choice for small bathrooms, powder rooms, and even laundry rooms.

Plus, since they sit high on the wall, you’ll have plenty of privacy in your bathroom. Even if your home sits close to the sidewalk, no one will see in when they’re walking by. You can also choose a frosted glass pane for extra privacy.

If you’ve been perusing window guides and wondered, what is a hopper window, now you know the answer. Hopper-style windows are compact, yet they provide light and fresh air to basements and bathrooms.

If you’re in need of replacement windows in the St. Louis area, STL Windows and Doors can help. Request a free on-site window replacement estimate!.

Do it For the Earth: The Environmental Cost of New Windows in St. Louis Pays Off 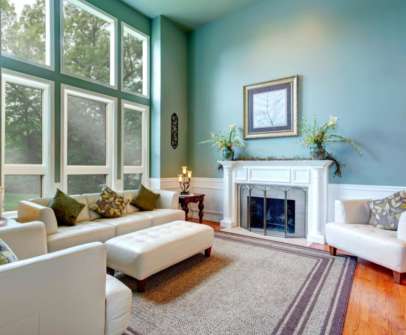